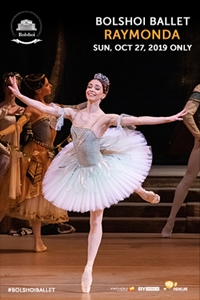 Created in the late 19th century in Imperial Russia and captured live from the Bolshoi Ballet in Moscow, Raymonda remains a timeless ballet which expresses the splendor of classical dance - October 27 only.