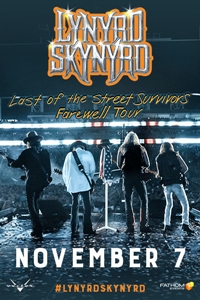 Fathom Events, Vector Management and Meteor 17 bring Lynyrd Skynyrd: Last of the Street Survivors Farewell Tour to theatres nationwide for one night only!

This exclusive concert film features their 2018 hometown stadium performance from the "Last of the Street Survivors Farewell Tour" at TIAA Bank Field in Jacksonville, Florida, as well as an intimate interview with the band about their experiences on tour and what performing together has meant to them. 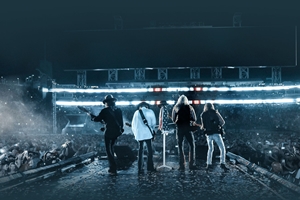